As I’ve mentioned before, Tsipi Keller refers to her three books — Jackpot (2004), Retelling (2006), and Elsa (2013) — as a trilogy in her Meet the Writer feature, but since they do not go together and can be read in any order, I refer to them as a “trio” that are similarly themed and focus on women who are psychologically challenged in the story. I was horrified when Elsa, a spoiled woman looking for a mate, was held captive and appeared to have Stockholm Syndrome. I couldn’t believe the sexual abuse Maggie endured and didn’t even realize it in Jackpot. The premise for Retelling was the most intriguing to me: the narrator, Sally, is the prime suspect in the murder of Elsbeth, but Sally in no way believe she murdered her best friend. The back of the book says that Keller “fuses the elements of a Rashomon-type narrative with a Hitchcock classic.” That combo seemed like the ultimate winner.

Retelling starts with Sally thinking about how happy she is to be alive, despite her best friend’s recent murder. She has money but not job, and we’re told she’s working on a dissertation, though about what or in which field we do not know. Instead, Sally wakes up and takes some grapes to the park in Manhattan’s East Side. She gets black coffee from the same Mexican man’s cart. She watches old men play chess. Tom the bicyclist often stops to complain about his Chinese girlfriend. Franklin, a black homeless man who is almost handsome, sleeps on a bench wrapped up in a comforter Sally gave him. These things happen over and over and over again. For most of the book. 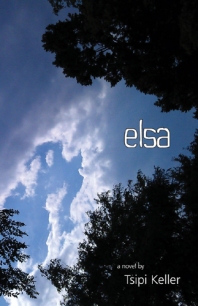 There are moments when Sally either remembers or goes to the police station to offer her help by describing what happened the night Elsbeth was murdered. She’s sure they were drunk, and she’s sure she did not go upstairs into Elsbeth’s apartment. The detective, though, is certain Sally is the murderer; he only needs her to confess because they have no hard evidence (at least, none that the reader is presented. The situation reads more like a lack of evidence against anyone else, so the police assume Sally’s guilt).

Though I was enamored by Keller’s other two novels, I didn’t enjoy Retelling. In Rashomon, to which this novel is compared stylistically, several characters describe the same incident. In Retelling, it’s all Sally. She doesn’t remember things differently from day to day. In fact, it’s hard to tell when a day has passed because she’s constantly ordering black coffee and “munching” or “nibbling” on grapes (and it doesn’t help that I loathe when women are described eating like horses or squirrels). 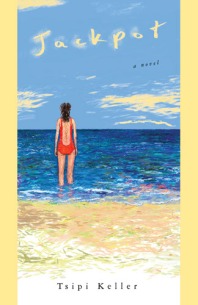 Sally’s friend Lydia is meant to provide readers with some more context. There are some quotes from Lydia (so we’re mean to trust them; they’re not Sally’s memories). Lydia describes her feelings toward Elsbeth to Sally in a surprising way:

She was cold and calculating, she knew the gestures of love and friendship, knew how to make people believe what they wanted to believe. You were so blinded by her glamour, or by what you thought was glamour, you didn’t see how deranged she was. Add devious, too. She was a disaster waiting to happen. I even told the police.

Are we to trust that Sally was used by Elsbeth? Or is Lydia a jealous, hateful, second-place friend in Sally’s life? This is about as tense as the book gets. The police tell Sally she’s guilty, but Sally says no, they can’t hold her without evidence, and she goes back to her grapes and coffee in the park.

There were a few things that held my interest: Sally’s parents are both dead before 50 from cancers. Elsbeth’s dad committed suicide. But what does it mean? Possibly Elsbeth committed suicide like her dad? That Sally is mentally suffering because she has no parents? But the thread isn’t fully pulled through. There’s also a bit of time during which Sally wears tight shorts so that people can see the outline of her vagina. (In fact, there is a sharp focus on the vagina in all three books of the trio, one that is unbelievably memorable. I could still easily describe to you how Keller describes the two types of vaginas in Jackpot). She thinks:

When men stared at me, I understood in a flash how they could work themselves up to the required frenzy to gang-rape a woman. I felt meek under their gaze, and hated myself for feeling meek. They sneaked glances or smiled affectionately at my triangle, each according to his own weakness, while I pretended not to notice. And I continued to wear my tight shorts. Ever so innocently, daringly, women courted danger.

This passage got me thinking. Perhaps there is a comparison to men staring at Sally’s vagina and Sally’s possible culpability in Elsbeth’s murder. Just because Sally wears tight shorts, we might say she is to blame for men looking at her crotch. If you don’t want stares, don’t invite them. Similarly, just because Sally was the last person who saw Elsbeth alive, we might say she was guilty. If you don’t want to be accused of murder, don’t be friends with the woman who is “cold and calculating.” This is a huge stretch, a theory I’m not convinced Tsipi Keller purposefully wrote. That last line, though, about “courted danger,” does get the brain wheels turning. Did Sally befriend Elsbeth because she was a dangerous person?

Really, we don’t know if Elsbeth was dangerous, unfeeling, or manipulative. We don’t have evidence that Sally is a murderer. Sadly, I felt like this was a 286-page novel about sitting in the park. Perhaps someone else will get more out of Retelling than I did, but I would go recommend going straight to Elsa or Jackpot.

I want to thank Tsipi Keller for sending me a copy of this book in exchange for an honest review. 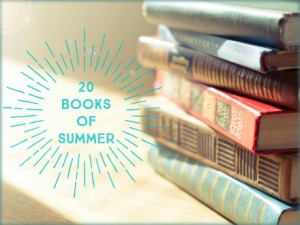