Even Vampires Get the Blues *insert squeaky harmonica note*

Katie MacAlister’s Dark Ones series was on a pretty blah path. I couldn’t handle the snookie wookums in Book #3, and I loathed the kittenish voice of the reader in Book #2‘s audio version. This whole thing started, though, because I was an English major who read and loved a vampire book — yes, a vampire book — and then felt ashamed of myself. I now realize that at the time, Book #1 was exactly at my speed. The sex scenes were mild, but showed just enough to allow imagination to fill in the blanks. 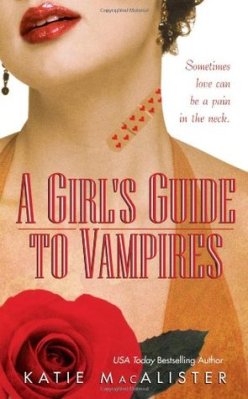 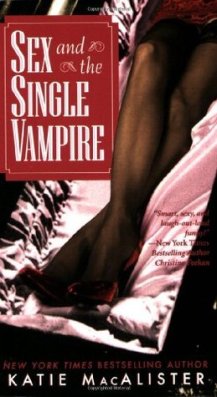 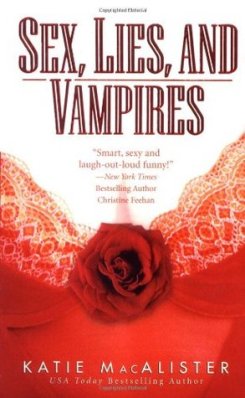 Even Vampires Get the Blues (Book #4) was a much better audio book than #1-#3. It’s read by Carrington MacDuffie, who convincingly pulls off Scottish, English, standard American, and Texan accents. However, there were four Scottish brothers, and I couldn’t tell them apart, meaning MacDuffie has ONE Scottish accent. There is also a villain who should sound Chinese but comes off more like Steve Martin’s Inspector Clouseau. Okay, so there were problems. Let me put it this way: the main vampire is Scottish and sounds like it, the narrator is Canadian and sounds North American, and the main secondary female character is British and sounds properly English. Someone could have edited MacDuffie’s work better, though. She says “royal” instead of “royale” and “fort” instead of “forte.”

If you’re wondering what to make of the 4th book in a series you haven’t read, let me reassure you that with a little bit of research, you could jump into Even Vampires Get the Blues and skip books #1-#3. Even faithful readers learn new information: Dark Ones are vampires who don’t have souls. Moravians are vampires that do. A Dark One can get his soul by finding his Beloved, the only woman meant for him. There are clues that a woman is a Beloved, and a there is a process of 7 steps to join together.

In previous books, the Dark One was always a human turned into a vampire who is looking for his Beloved because not having a soul is torture. This time around, our vampire, Paen Scott, was born a vampire and without a soul, so he’s used to it. He does not want a woman in his life, which would distract him from his computer games and Marco Polo research.

The narrator is Sam, a Canadian half-human/half-sun elf. She was independent, respectful, honest, and unique thanks to her sun elf side. Sam and her cousin Claire start a detective business in Scotland to find lost things, which is how that meet Paen. Paen needs to find a statue of a monkey god to pay back a debt to a demon. Claire is a lingerie model/fairy, though in complete denial about being a fairy. She’s is a bit flighty, but she’s dedicated to her passions, like protecting original designer clothing and eating flowers. Personally, I don’t care if a person’s passions seem silly to me, so long as the person takes themselves seriously. Claire cares deeply about Sam and is a nice foil to the more down-to-earth narrator. I enjoyed them both. 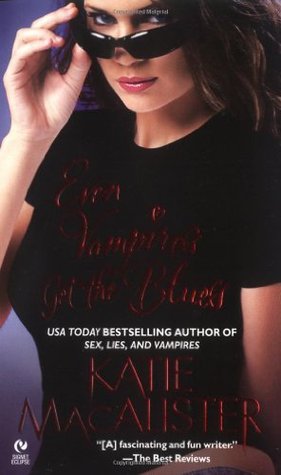 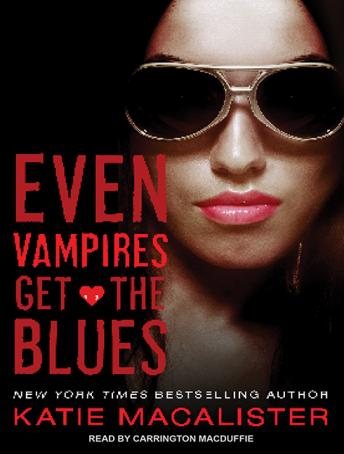 A typical Katie MacAlister vampire story has a Beloved and Dark One meet, squabble a bit, fall in love, and then face danger. In Even Vampires Get the Blues, MacAlister turns it all around and upside down, with a Dark One who wants to be left alone, without a soul or companion. When things seem inevitably heading into the tried and true pattern, Paen would reiterate that he’s only into physical relationships and doesn’t believe he has a Beloved. When he gets a Beloved, he rejects her. These sudden turns made Book #4 an engaging read that left me wondering what would happen next. There are some aspects of the plot that didn’t add up, but the flow of the story wasn’t interrupted as a result.

Best of all, MacAlister left behind all her lambikins, snuggle-sugar bottom garbage for a more adult tone. I was mortified that in books #2 and #3 grown women used baby talk, but Sam, Paen, Claire, and other characters were all realistic adults, occasionally using more adult language, but never so often that it was off-putting. Overall, I was happy with the direction of Even Vampires Get the Blues and felt a renewed excitement about the series.

Would you consider starting with the 4th book in a series? Or do you have to read books in order?