The Powers by Valerie Sayers

In 2013, Valerie Sayers published The Powers, a novel about many things, including baseball, war, and the past. Don’t confused it with The Power! To be forthcoming, Valerie was my professor at the University of Notre Dame — one of my favorites — when I was earning my MFA, but since I had not attended the university specifically to work with her, I had never read her fiction before. I was excited about this novel, as I do love baseball (Go, Tigers!). Yet, I don’t know much about the “Superman” of the novel, Joe DiMaggio (he’s not a Tiger).

The novel is set during the summer of 1941. The United States has yet to enter WWII, and everyone has baseball fever. They’re rooting for DiMaggio to break the best hitting streak in major league baseball. Refugees are looking to enter the country but no one trusts them, and the president won’t let them enter even if they have family in the country to house them. The draft has not yet been lowered to 18, but high school boys who’ve just graduated are getting ready to be asked to serve. The Powers is narrated by four characters, each with their own chapters: Joe DiMaggio (below), Babe O’Leary, Agnes O’Leary, and Joe D’Ambrosio.

For quite a while, I had a hard time connecting to the characters. We get bits about them strung along over many chapters, meaning I’m juggling the tidbits of a dozen characters in my head for about 100 pages. Eventually, things started to click around page 122. DiMaggio is a famous baseball player for the Yankees, but the country thinks he’s a hero, that he can save the refugees and the United States from war. He’s constantly drunk, smoking, and inundated by female fans. Babe O’Leary is a crotchety old Irish lady who lived in the Bronx right by Yankee stadium, which she loved, but moved into her son’s home in Brooklyn to help care for his children after his wife committed suicide. She’s mad about everything but thinks she has divine influence (“powers”) over DiMaggio that help him perform well.

Agnes O’Leary is one of those daughters, the eldest, who can’t choose between two boys, Bernie and Joe D’Ambrosio (two Joe’s in the book). She becomes interested in photography and tries to convince her estranged Italian grandfather, a mortician, to let her take pictures of dead bodies. Bernie doesn’t narrate his own chapters, but Joe does. He’s a pacifist who, at 18, has already written the government that he will not serve if drafted even though the draft doesn’t affect 18-year-old boys. He plans to go to Mexico and sneak refugees over the border while living and work with the Catholic Workers. Frequently, Joe adds into conversations “When I’m in jail . . .” He’s assuming the U.S. will enter WWII, assuming that the draft will lower to 18, and assuming that he’ll dodge the draft and be put in jail. What a load of pathos from a teenage boy. 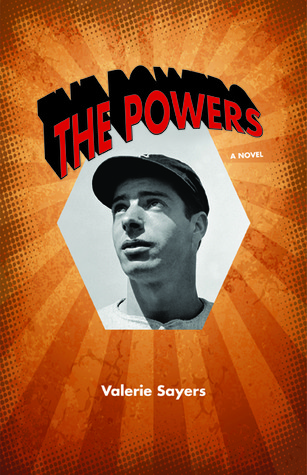 There are a number of smaller characters that I struggled to keep straight. When I thought I knew who they were, some clue would destroy my confidence. Was Babe married to the estranged Italian grandfather, or was that her daughter-in-law’s dad? Was Flavia the grandfather’s second or only wife? Why does middle-aged Mr. McClary randomly appear in the timeline? Real famous people are in the mix, including Dorothy Day (left) and Walker Evans. 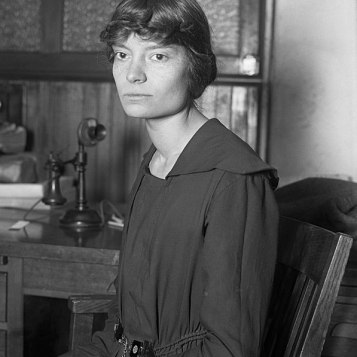 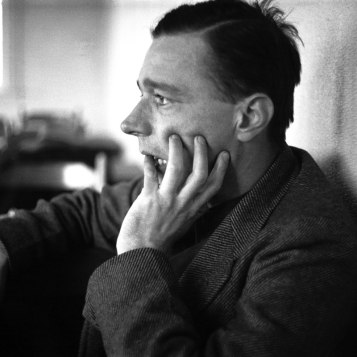 The Powers does give readers something to think about in 2018: refugees, fear of the unfamiliar, protesting, and writing letters to politicians. At one point, Agnes asks what’s the use of writing letters; they don’t seem to do much good, she says. This is something I’ve wondered myself. Did the Women’s March “dismantl[e] systems of oppression through nonviolent resistance” like their mission statement says? Did March for Our Lives change gun laws substantially? Yes, Joe D’Ambrosio wrote letters, but is pacifism enough when an entire population is being slaughtered by Hitler?

An overall concern I had was the direction of the plot. I wasn’t sure what it was: beginning, middle, and end were unpredictable for me. Were we getting through the baseball season? Maybe going to find out about the broken family with the angry Babe and deceased mother? Would it end when Joe left for Mexico? When Agnes married Joe or Bernie or headed off to college? The four narrators had different prerogatives, meaning the overall arc was missing for me. The last chapter, titled “The Fortune-Teller” has an omniscient narrator who sums up the futures of the four narrators. I wondered if this was where the real story was. The futures of Agnes and DiMaggio especially seemed worth pursuing!