On the first day of the year, I laid out my 2018 reading goals. Here’s what’s on the list for July — and this time I glanced in each book to make sure it’s something I won’t have to swap out:

#1 Fat Fiction: Fat Angie by e.E. Charlton-Trujillo (not sure why one E is capitalized and the other isn’t)

Brief Description: Although Fat Angie has terrible reviews on Goodreads, especially from folks upset that the character is called “Fat Angie” the entire novel, I bought this book because it was recommended to me by an LGBTQ activist and artist. The basic synopsis says, “Her sister was captured in Iraq, she’s the resident laughingstock at school, and her therapist tells her to count instead of eat. Can a daring new girl in her life really change anything?” I do know Fat Angie was a Lambda Literary finalist and led the author to help at-risk youth.

#2 The Oldest Book Shelved: That Old Ace in the Hole by Annie Proulx, purchased February, 2012

Brief Description: “Bob Dollar is a young man from Denver trying to make good in a bad world. Out of college and aimless, Dollar takes a job with Global Pork Rind, scouting out big spreads of land that can be converted to hog farms. Soon he’s holed up in a two-bit Texas town called Woolybucket, where he settles into LaVon Fronk’s old bunkhouse for fifty dollars a month, helps out at Cy Frease’s Old Dog Café, and learns the hard way how vigorously the old Texas ranch owners will hold on to their land, even when their children want no part of it. 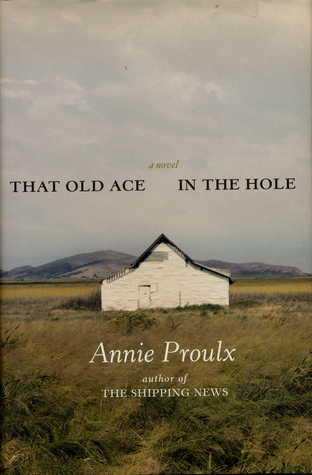 Brief Description: “Samantha Irby exploded onto the printed page with this debut collection of essays about trying to laugh her way through failed relationships, taco feasts, bouts with Crohn’s disease, and more. Every essay is crafted with the same scathing wit and poignant candor thousands of loyal readers have come to expect from visiting her notoriously hilarious blog, Bitches Gotta Eat.”

#4 Random Pick: No Bed of Roses by Joan Fontaine (of Rebecca fame!)

Brief Description: “At age seventeen — unwelcome in the homes of either her father or her step-father, and with only twenty-two dollars in her purse — Joan Fontaine was on her own. Within six years she had launched a successful film career with Rebecca, and her Oscar for Suspicion made her the youngest leading lady to win the Academy Award. Yet, as she reveals in this candid autobiography, behind a glamorous Hollywood facade her life has been marked by a broken home, harsh childhood, rivalry with her sister (Olivia de Havilland), four failed marriages, and the struggle to raise two children by herself.” 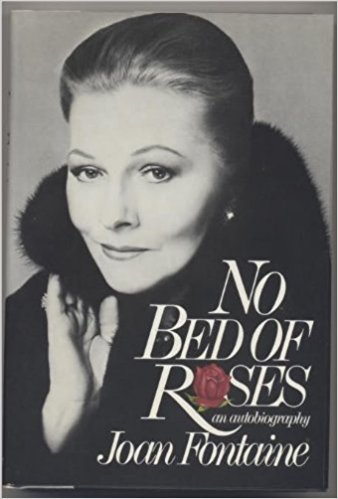