Reyna Grande: a talk on immigration, butterflies, and The Distance Between Us

On April 9th, 2018, Reyna Grande came to my local library as part of our community read. This year, her memoir, The Distance Between Us, was chosen. Here is my review of that book. Grande was warmly received by a packed house. She noted that after she came to the United States and couldn’t speak English or tell people that she had crossed the border with her family illegally, she felt voiceless and invisible. Thus, she expressed how honored she was that an entire community chose to read her story, giving her a voice and a (literal) presence.

Grande noted she was inspired by Frida Kahlo, the Mexican painter who created self-portraits throughout her career. Self-portraits are like memoir. In one such work, Kahlo paints herself twice, which Grande expressed reflected how she personally felt two of everything: Mexican and American, Spanish and English, belonging and ostracized. Personally, I enjoy writers who are inspired by other artforms and like to see the crossover in content. 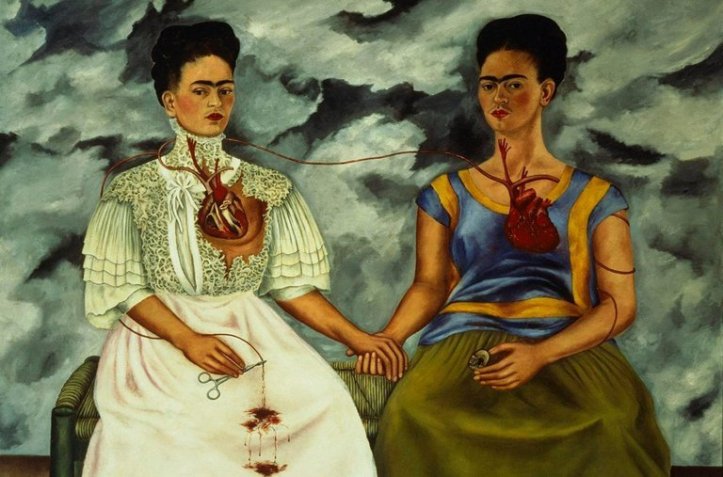 Crossing the Mexican-American border was a life-changing experience for Grande, even though she was 9 and 1/2 at the time. She felt shame that she was a “criminal,” but also realized that if she could cross that border, one that many people die trying to cross, she can cross any border, especially metaphorical ones.

In addition, to cross a border a person needs a good coyote. Grande used the coyote as a metaphor for teachers who helped her along the way. When she couldn’t take the violence in her household anymore, she broke down and told her professor at the community college she was attending, and right then the professor took Grande into her home. Another professor, whom we were told would be discussed in the follow-up memoir, A Dream Called Home, helped Grande find her voice in writing and reconnect with Spanish (she mentioned her Spanish wasn’t good anymore because she’d worked so hard learning English). Mentors, Grande pointed out, are important because they help people have confidence and envision a future. When Grande felt that she wasn’t enough of anything — Mexican or American — her mentor pointed out that she was twice of everything: bilingual, binational, bicultural.

In college at the University of California-Santa Cruz, Reyna Grande was often the only Latina in her creative writing classes. When she wrote based on her lived experiences, her professors called her stories over-blown, melodramatic, and “so imaginative” (in a negative way). Grande began to lose her confidence because she was trying to write her truths — but no one was listening. This is something people talk about a lot in creative writing programs and elsewhere. How can colleges do better by students of different backgrounds so their stories are not dismissed? It sounds easier than it is. 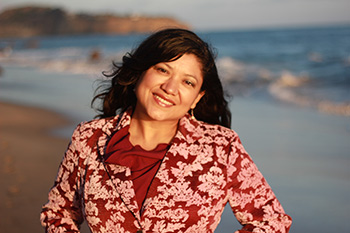 Grande ended the evening reading a short essay she wrote that will appear in an upcoming anthology. It was about raising butterflies with her daughter. The significance is not only the transformation butterflies go through, but their migration from Canada to Mexico. That essay reminded her that because her father brought his children to the United States, her daughter and son will never have to live in a shack, go barefoot for lack of shoes, or be hungry. And Grande won’t have to make any of those hard decisions because her father already did.

Her experiences, she said, are not unique. The separation of parents and children happens all the time. I took this message to heart when I thought of all the Latino people sitting around me in the library and the numerous students in my classes whom I teach and have revealed quietly their own border crossing experiences.