Paula Bomer caught my eye circa 2011 when I read her first collection, Baby and Other Stories. The titular story was a dark satire about a woman who plans out her life — prestigious job, proper boyfriend, cajole him into marriage, house in NYC, quit the prestigious job, and then GET PREGNANT. She has a trust fund and a uterus, so her power knows no bounds in her sham of a marriage. A baby girl will be best, one she can dress and train and who will love her mommy devoutly. Except she has a baby boy. A hideous not-a-girl boy. And all goes wacky.

I immediately reached out to Bomer via Facebook. I learned that she lives in NYC, but was born and raised not far from where I currently live. At one point, she visited home and we met up for lunch. 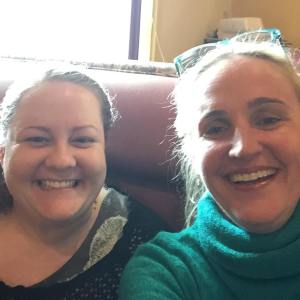 Since then, I’ve also read Nine Months, another look at motherhood. In this novel, a woman is happy that her two children are finally more independent and out of diapers when she learns she’s pregnant. Will her marriage survive a baby that isn’t wanted, even one created in such a union? The narrator runs away — for almost nine months.

A second collection, Inside Madeleine, I own but haven’t read. I’ve been told it’s also “not nice” to children, but skews toward not nice to teens. It’s easy to read these synopses and think Bomer must hate children. But from Facebook I know she is a devoted mom who loves her college-bound sons more than anything in the world. Not that she has to. Not that any woman must be validated based on her reaction to children. But still. It comes up.

Mystery and Mortality (Publishing Genius Press, 2017) is completely different. The sub-title is “essays on the sad, short gift of life.” Each essay ties in to “mystery” or “mortality” in some way, and the book starts off powerfully. Bomer describes her challenging relationship with her mother, who now has dementia. She admits she was “trouble” when she was a teen, but her mother was unusually competitive:

In boarding school, I acted in plays. When I came home, [my mother] made me come watch her act in a play at Notre Dame, where she’d gotten her masters in psychology. When I lived in Spain for a year, to learn a language she didn’t know — she spoke German, English, Italian, and French — she got a Cuban woman to live in my former room and teach her Spanish. When I started graduate school for writing, she sent me her newly written memoir.

The examples demonstrate a raging battle between mother and daughter. But now that the mother has dementia, Bomer must reevaluate all of her “regret.” It’s an honest look at herself that opens Bomer emotionally. 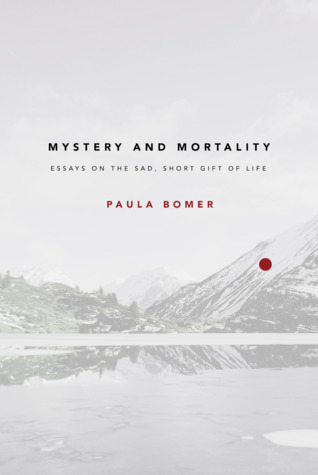 “My Mother’s Dementia” is the 1st essay. The last is about her father’s suicide. Again, she’s more honest about her thoughts and behaviors than most authors are willing to share. She admits:

After my father’s suicide, after I’d alienated my friends, I felt I lived in a bubble. My husband became a sponge for me, the person who tried to keep me alive. Often I would crawl the walls, screaming out for my father, while he held me. This happened almost nightly for some time.

The words “crawled” and “screaming” are what stand out to me, two brutal choices that would cut open anyone and expose their most personal moments.

In between these personal essays are Bomer’s analysis and comments on other author’s stories. In contrast, they were so impersonal that I kept reading to see when I would get back to Bomer’s voice. In a few essays, it is impossible to find that voice, as she quoted and summarized and paraphrased stories that stuck out to her, stories that included the words “mystery” or “mortality.” One essay titled “Letter From Austria: Peter Handke’s Sorrow and My Own” appeared to approach Bomer’s sorrow in a roundabout way through Handke. I wrote in the margins, “Can Bomer not bear to write her own sorrow, or does she feel Handke did it first and better?” The distance between Bomer and her reader is palpable.

A few essays contained Bomer’s questions, reminding the reader she’s there behind the keyboard. In “Brian Allen Carr’s Short Bus and Flannery O’Connor’s ‘Aspects of the Grotesque in Southern Fiction,” Bomer clearly enters a conversation when she adds:

I’m always alarmed when people write disparagingly about characters not likable, about writers looking down on their characters, about characters not being worthy of compassion. I often think, what world do these people live in? Can my world, and the world of so many people I’ve come to know in my 44 years on this earth, be that different than others’? I think not.

This observation connected me back to Bomer, an author who has rattled so many cages with her fiction, and gave me insight into her own reading experiences. In those essays when she is noticeably absent, I missed her. At the end of the day, when I think “essay” from a fiction writer, I don’t think literary criticisms. Pick it up with the right mindset, and you should be good to go.