Thanks so much to writer, blogger — and friend to book reviewers like me! — Margot Kinberg for stopping by Grab the Lapels and sharing her writing life with us. You can connect with Margot on Facebook, Twitter, and Goodreads. And, of course, you should follow her blog, Confessions of a Mystery Novelist. 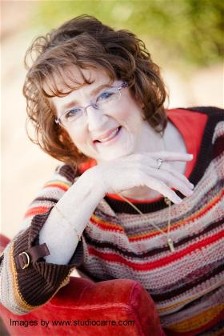 MARGOT KINBERG:  I write crime fiction. Now, of course, that’s a very broad genre with several sub-genres. So, to narrow it down, I write traditional-style crime fiction in a contemporary context. My Joel Williams novels, for instance, are whodunits that take place mostly on a modern university campus. In that way, my work’s been influenced by some of the Golden Age/classic crime writers such as Agatha Christie.

You ask an interesting question about what sort of writing I would like to do more of than I do now. I’d actually like to try my hand at literary fiction. There are so many directions that literary fiction can take, and so many possibilities for character development and context — a great deal to explore.  I’ve written a few stories (mercifully, nothing published), but I haven’t done a novel. That’s one of those things I hope to try at some point. First, though, I want to hone my writing skills, and keep improving at what I do.

GTL: Do you recall how your interest in writing originated?

MK: I always enjoyed writing. I’ve liked writing stories since I was in grade school. As I recall, the first story I wrote that I really felt proud of was when I was eleven years old. My English teacher’s support of that story really helped me see myself as a writer.

I started writing novels because I had a story in my mind that wanted to be told. With encouragement from my husband and daughter, I gathered my somewhat scattered thoughts about what the story would be like, and they became my first novel, Publish or Perish. I’ve not looked back since. 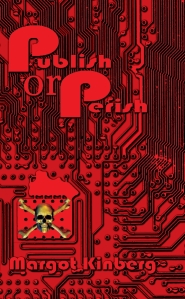 GTL: How have you developed creatively since then?

MK: I love that question, because it reminds me that we should always be growing and developing as writers. One way in which I’ve developed is that I’m experimenting with different sorts of crime writing. One of the novels I’m working on, for instance, isn’t a traditional-style crime novel, such as the novels I’ve done for my series. It’s actually quite different, and I’m enjoying trying something new.

As I’ve been writing, I’ve also seen myself taking a few more risks. Some of my stories, for instance, are darker than I’ve done before, which I think helps me explore that side of human nature. I’ve tried a couple of different settings, too, and found that interesting. All of that has happened as the result of working on flash fiction. It’s really an effective way to develop as a writer, to discipline oneself, and to try new things.

GTL: In what ways has academia shaped your writing?

MK: Well, I come from a background in academia, and my first professional writing was non-fiction. That’s made me a more concise, less narrative sort of writer. In fact, I’ve had to learn to flesh out my fiction, so that readers can engage more with my stories. So I suppose you could say that academia has impacted my writing style and focus.

But it’s also impacted my writing in the sense of my setting. My Joel Williams novels, as I mentioned, are set mostly in a university environment. So I’ve been able to use my experience in higher education to set the scene and context.

GTL: Does your writing include any research?

MK: Oh, I always research when I write. To me, research is absolutely essential to a believable story. Readers want to feel that what they read is authentic, even if they know it’s fiction. So it’s important to me to ‘do the homework’ to make sure that mine is.  When I research, I look online, I talk to people, I sometimes go places, and of course I read. A lot.

I should say, too, that I’ve been very fortunate in my research. Experts I speak to are always happy to help, and very accommodating when I pepper them with questions. And with today’s technology, it’s really easy to find out almost anything I want to know, just by going on line and being thoughtful about which sites I trust.

GTL: What are your current writing projects?

MK:  I’m pleased to say that my third Joel Williams novel, Past Tense, is available for Kindle pre-order right here. The paperback version is coming soon, too. The book goes on sale on 1st November.  So I’m doing things to get ready for that.

I’m also working on a few other writing projects. I’m planning revisions for my fourth Joel Williams novel; hopefully that one will be ready some time next year. I’m also writing a standalone novel — a crime novel that’s not the sort of whodunit I’ve written in the past. I’m only about 30 pages into it, so there’s still a lot of work to be done. But even so, I’m pleased to say that it’s taking an interesting shape. This one was inspired by a short piece of flash fiction I wrote, called “Early One Morning.” The characters stayed with me, and wanted me to tell their stories. Who was I to deny them? There are other little things I’m working on, too, but those are the main projects.