Only Ever Yours by Louise O’Neill

Only Ever Yours by Louise O’Neill

published by Quercus in 2015

procured from the library

At a chunky 406 pages, Only Ever Yours is longer than I usually like to read for Grab the Lapels. However, in a search for friendship, I found a book club in my area advertised online. I was in luck; their next meeting would be 9 days later, and many of the books they had read, such as Furiously Happy and Between the World and Me, I had read too. The library, I discovered, kept O’Neill in the Teen section, which is when it dawned on me that Only Ever Yours is a young adult book. What’s the big beef, you might ask? While I don’t condemn young adult literature, I find that most of it takes societal problems and makes the issue so obvious that the book feels like a JUST SAY NO campaign. Why read YA when I can get my hands on the more nuanced adult versions? I know that YA is often an issue of sellers labeling a book a certain way, but when there are billions of book choices, I’m not really willing to take the chance.

Basically, without my new book club, I would not have picked up Louise O’Neill’s novel.

Only Ever Yours is a dystopian book about women and girls (called eves). They are genetically modified and hatched in a school for the use of men and boys (called Inheritants). These girls are brainwashed through propaganda for 16 years to follow mantras, like “I am pretty. I am a good girl. I always do as I am told” and “I am happy-go-lucky” and “I am appealing to others. I am always agreeable.” Whether they become a wife who bears sons, a concubine, or an unsexed teacher in the girls’ training school, they are told to be grateful that they weren’t naturally born and conceived, because girl babies are thrown in graves. Girls and women are property, totally at the disposal of a man’s desire to procreate or get off. The unsexed school teachers are not necessary, we’re told, but they’re important because they dispense the training to be wives and concubines. Their 16th year of life, the eves are told which role they will play. Whatever a girl’s role, it is expected for boys to get married and have a lot of sex with various women.

There are rules for eves:

All eves are created to be perfect, but over time they seem to develop flaws. Comparing yourself to your sisters is a useful way of identifying these flaws, but you must then take the necessary steps to improve yourself. There is always room for improvement. — Audio Guide to the Rules for Proper female Behavior, the Original Father

The focus on Only Ever Yours is the girls about to graduate school, at age 16.  To maintain the perfect weight (about 118 lbs) they all have eating disorders aided by pills. The main character is freida, #630. Each week, she and the other eves are ranked by how attractive they are. The top ten eves are most likely to secure a wife role. While eves have zero choices, because choices mean being burned on a pyre or experimented on —  Inheritants don’t have to compete for anything, so they are spoiled, fat, greedy, and demand sex. I kept thinking this whole society is driven by the throbbing penis.

The characters in Only Ever Yours are terribly familiar. If you’ve ever been a devoted fan of the Sweet Valley Twins books like I was, you’ll remember the cast: Elizabeth and Jessica Wakefield, perfect size sixes, matching golden blond hair, blue-green eyes. No one can tell the twins apart, except their family and dearest friends. Only Ever Yours has Liz and Jessie, “exact replicas” with “golden-blond hair” and “aqua-colored eyes.” If you’re thinking, the eves are genetically modified…how did they get twins? then I would say, I know, right?! The only explanation seems to be that the parallel between the two books was what Louise O’Neill was going for.

Just like in Sweet Valley, Only Ever Yours has a “bossy bitch,” a girl who wants to better than everyone else. In Sweet Valley, we’re talking about Lila Fowler. In O’Neill’s novel, it’s megan. Such girls give compliments like, “You’re so brave for wearing any old thing! I admire that!”

The eves in this book are painfully annoying because all they focus on is what they look like. This is how they’ve been trained their whole lives. They’re ranked by appearance. There are mirrors everywhere. They are weighed. One person hit 125 lbs, the FATTEST anyone’s ever been!! Then, I think back to Sweet Valley. The first book, Double Love, opens with this paragraph:

“Oh, Lizzie, do you believe how horrendous I look today!” Jessica Wakefield groaned as she stepped in front of her sister, Elizabeth, and stared at herself in the bedroom mirror. “I’m so gross! Just look at me! Everything is totally wrong. To begin with, I’m disgustingly fat….” With that, she spun around to show off a stunning figure without an extra ounce visible anywhere.

And the eves in Only Ever Yours are exactly the same way. There’s the teeter-totter of competition for prettiest, but the recognition that both concubines and wives are part of society and please men.

Honestly, I can’t tell the eves apart. freida says the eves are “almost interchangeable.” The diversity, she points out, is in “skin tone and hair color.” freida is brown, but her color is only mentioned about 4 times. At one point, frieda’s skin is compared to that of an Inheritant named Mahatma. Perhaps she’s Indian, I thought, but remembered the eves all look exactly the same. There’s no ethnicity.

But as frieda takes more and more drugs to help her sleep, she feels that she looks terrible. Is that true? I’m not sure. Like Jessica Wakefield, most eves think they look terrible (except megan). freida is our biased, brainwashed narrator. One way O’Neill tells us eves are different is by their clothes — so. many. clothes. But I don’t know kitty heels and sweetheart necklines, so it didn’t mean much. And do clothes matter on identical perfect bodies?

Half of the book is backstabbing, manipulating, and alliances created between eves. It’s catty. It’s Sweet Valley Twins galore. Girls record any tiny wrongdoing a fellow eve may commit and immediately post it on social media. I kept telling myself the author is doing this on purpose. Just go with it. It’s a brilliant choice the author made to showcase contemporary jealousy and female objectification. But, ew.

Eves are told how NOT to feel: no crying, no loving boys, no persuading boys. Eves don’t even see Inheritants until a couple of months before the big ceremony. At the ceremony 16-year-old dudes just choose 16-year-old girls to be wives based on their smokin’ hot bodies. O’Neill suggests, this just means give birth to sons and feeling superior to the concubines, who were not ranked top ten. The arrival of the boys is actually where the story gets interesting because there is less focus on hotness rankings.

The author effectively plays with the reader’s feelings. We know who the top-ten hottest eves are. But after the boys show up, eves aren’t ranked anymore. They aren’t allowed to tell the boys how they were ranked. Why? Competition kept them fit and working hard to please, perhaps? Enter Darwin: he’s the only handsome Inheritant, and the son of a judge. He’s the Bruce Patman (if you’re still following my Sweet Valley Twin comparison). Darwin shows interest in our scrappy freida — it’s like there’s some Todd Wilkins mixed in there! Hooray, I thought! Darwin can save freida! Things can turn out okay! HE’S NICE. 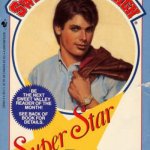 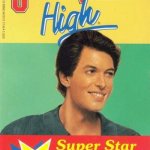 Um, hello? Hey, self? Yeah…since when are we interested in a boy saving a girl? And ultimately, isn’t he going to use her body to have sons while having porno relations with concubines? And isn’t he going to set her on fire when she turns 40?? And isn’t she trained to be okay with all of this??? I actually rooted for Darwin and freida for ages before my brain caught up with me. The eves are so emotionally and sexually abused (and they don’t know it) that I thought a good old-fashioned romance between teenagers was the answer. The ending of Only Ever Yours was unpredictable. It kept changing directions, which kept me interested.

If I wanted the grown-up version of this book, I could have read Margaret Atwood’s The Handmaid’s Tale. But that’s not what book club picked. Despite the aspects that annoyed me — and let’s be fair; they were necessary for the story — I would recommend Only Ever Yours.