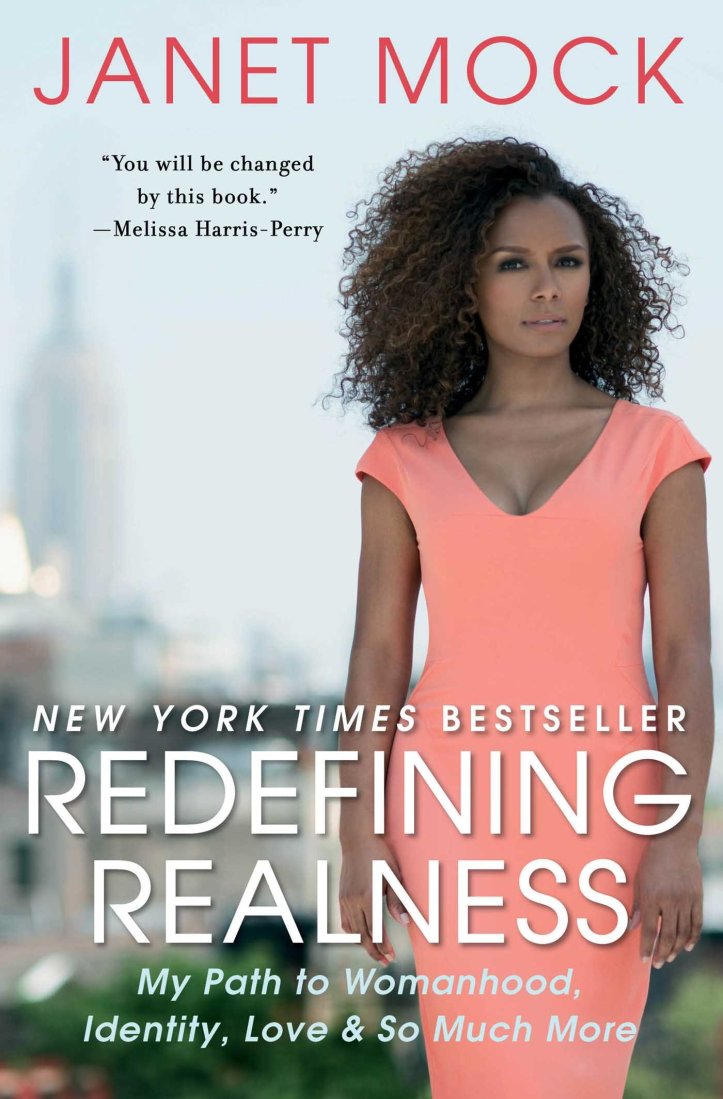 Janet Mock’s first memoir, Redefining Realness: My Path to Womanhood, Identity, Love & So Much More was published in 2014. I listened to the audio book version, read by Mock herself, during that two-hour round-trip commute to the correctional facility. The memoir uses a framing device. Mock has a boyfriend she is interested in seriously, and whom she may tell she is a transwoman. The framing device ends when she tells this man she is a transwoman and that she wants to share her past with him. The next chapter picks up with Mock as a child in Hawaii and describes the author’s life up to around age 18. The framing device picks up again at the end, sharing with readers how the boyfriend responded to Mock’s story.

The framing device was a strong tool to create anticipation because in real life we don’t know if things will work out how we want them to. Readers/listeners are like the boyfriend: we have to learn what he learns the night she tells him everything. The initial introduction to the boyfriend is so vivid that even the several hours between the book ends don’t allow listeners to forget.

Mock’s abilities as a voice actor fit with her memoir, though not all authors are the best voice actors for their books. The audio is clear and sounds genuine. Some unusual pauses give the book a weird wavey rhythm, almost like the ocean, but overall is strong for someone who isn’t a voice actor. Furthermore, several Hawaiian slang terms and colloquial langauge sound authentic because they are. When young Janet and her friend Wendy code switch, adult Mock effortless captures her and her friend’s voices. I’ve heard several audio books in which a voice actor slaughters slang and non-English words (and some English ones, too).

Redefining Realness goes beyond the story of Janet Mock. She discusses why transwomen are more likely to have experienced abuse, the crack epidemic during her time in California, her mother’s inability to be the adult, why transwomen may become street workers, and resources at schools that aren’t available to everyone. If you’re not familiar with the trans community, she breaks down basic terms, like “cis” and “gender reconstruction surgery.” Although many of Mock’s personal traumas — being molested by a step-brother, witnessing her parents use drugs, her mother attempting suicide when Mock was a girl, and sex work she did to pay for her “bottom surgery” — may be too much for some readers, the author’s experiences are an example of how trans folks are easy to victimize and often abandoned by families for being trans. She’s careful to avoid sensationalizing any sitautions that may turn readers away, especially sexual ones.

Mock is also careful to never suggest all trans experiences are alike, and notes that hers is privileged compared to many because she found access to hormone treatment early in her teen years in Hawaii, where trans people are more accepted in the culture, and was always pretty. She positions herself as a polished, trusthworthy, thoughtful writer successfully.