Content Warnings: a very stab-y murder and negative assumptions about people from other countries (such as Italians always stab people when they commit murder).

Okay, so my book club picked Murder on the Orient Express with the desire to possibly see the new Sir Kenneth Charles Branagh film version together. I don’t like mysteries and/or detective stories and here’s why: I’m not smart enough.

You ever try to use spatial reasoning, say, like trying to make origami following drawn instructions?

Or plugging your USB cable into the computer in the right direction? Well, my detective skills are about as lousy. 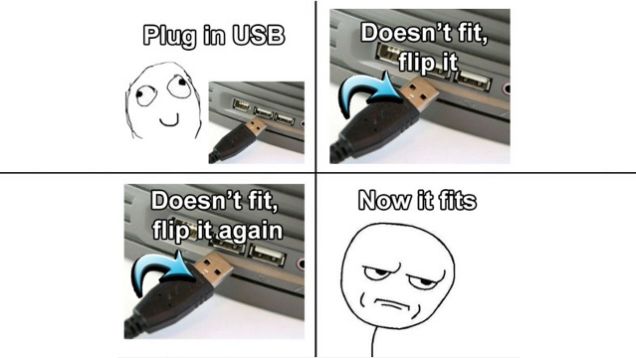 Detective/mystery authors love to put in as many twists and red herrings as possible so that I can’t follow who did what or why. And if I don’t know, I’m not going to keep reading. Do you have that friend who keeps asking why something happened during a movie you’re both watching for the first time? That’s me.

Murder on the Orient Express stars the famous Hercule Poirot, a Belgian detective who travels the globe (I think) to solve mysteries. In this book, the 10th starring him, Poirot is in Aleppo and headed to Istanbul when he receives an urgent call to head back to London. The news is unexpected (especially to me, since I don’t know what’s in London), but it does cause him to conveniently end up on a certain train where a horrible man no one will miss is murdered in the middle of the night while the train is stuck in the snow in a remote — and super freezing — location. No one could have gotten on or off the train. That makes the suspect list 12 passengers long.

So, I wasn’t sure about this whole Agatha Christie thing, despite all the bloggers’ amazing words about her novels — and devotion to Christie’s many detectives… Poirot, Miss Marple, the other ones. I checked to see if I should watch the new film first, or just read the book. Everyone said read the book first. So I watched the film. Michelle Pfeiffer, god rest her amazing Catwoman character, was a terrible choice for Mrs. Hubbard. She wasn’t frantic and shouty enough.

In a fit of angst, I checked to see if my library had an audio book version of Murder on the Orient Express. There were two versions: one read by Sir Branagh himself, and one read by Dan Stevens. I chose Dan Stevens, whom I had never heard of. Stevens’s voice acting was breathtaking. Each of the 12 passengers on the train, plus Hercule Poirot, Monsieur Bouc, a doctor, and some train staff get unique voices. Honestly, I’m not sure I would have liked the novel at all had I not heard the French, British, American, and Swedish accents. I’ll listen to anything read by Dan Stevens from now on. You can hear a sample online.

The plot avoided what I hated: twisty turns designed only to deceive. Poirot is a methodical detective, one who does each step in order. While I could easily follow along with the plot, I also felt like the book took forever. First we get the circumstances that get Poirot onto the train. Then the murder. Then question each of the 12 passengers. Then go through and search the luggage of each of the 12 passengers. Then talk to half the passengers again. Finally, the big reveal. Each scene during which Poirot talks to a character is a chapter of its own, so the book is speedy, and if you like short chapters so you can stop and go easily, Murder on the Orient Express is for you. I usually listened to one chapter each night before bed.

Although Agatha Christie kept it simple and straightforward, I also wasn’t drawn in. The may be due to my mistake of watching the over-dramatic film version (ugh) and thus knowing the ending. Or, it’s possible that I really, really don’t like mysteries. I do enjoy reading other people’s excitement when they read mysteries; I experience the happiness vicariously.