Thanks so much to Jen Michalski for answering my questions! I have known Jen for many years now: she published one of my stories in her webzine, JMWW; she took me on as a book reviewer after I pointed out a typo in someone else’s book review (I still do this); we organized a virtual book tour together; and I love her writer-friendship dearly! Jen’s books are amazing regardless of how I feel about her. I mean, she wanted to be an elephant when she grew up, and that’s the best ❤

Grab the Lapels: What would you like readers to know about your book, The Summer She Was Under Water, which was released this week?

Jen Michalski: The Summer She Was Under Water is actually two books that somehow found their way together — a story about an estranged, blue-collar family that spends a weekend together at their old cabin by the Susquehanna River in Northeastern Maryland and nested inside it, a magical realistic novella about a pregnant man. They weave together toward a big reveal at the end — the mystery of the pregnant man’s fertility and the secrets that the family has buried.

GTL: Did you learn anything from writing your book?

JM: Never throw anything anyway! This is actually the second novel (the other was The Tide King) I’ve written in which I’ve united what I thought were two separate projects. They may have been separated by a few years, or a few months, and at first glance, they didn’t seem to have anything in common, at least on the surface. But then they made sense, in weird ways, and I combined them. Writing can be a long game, and whereas you think you might be working on separate stories for years, they just might be pieces of a bigger puzzle. I’ve learned to trust what comes out on the page, even if it doesn’t make sense to me at the time of writing it.

JM: I think I’m a better starter than reviser. I don’t have a set writing routine and am mostly fueled by bursts of inspiration. I don’t like to go back and look at any of it while I’m working, just ride along with the momentum of the story. Sometimes if I begin to pick at a novel or story before I’ve finished what I think is the first draft, it begins to fall apart, and I’ve lost the impulse that inspired me to write it.

That’s not to say there isn’t a nice feeling, during that final revision, being satisfied with the whole of what you’ve done and giving it a final polish. But, by then, you’re separated from the work, more in first-reader mode, and nothing beats being in the throes of a story, living it in your head simultaneously while living your life. It’s kind of like having an affair, writing a book. You’re investing a lot of emotional energy into the story and especially the characters, trying to delineate their motivations, get into their heads, and make them fully realized. And I think the writers who do that well really love people, really care about psychology and circumstance and what drives us as humans. Nothing frustrates me more than cardboard characters, and I admit that colors my impression of the writer as a person! 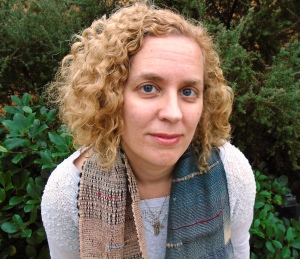 GTL: Your last novel, The Tide King, was a book I gushed over. You’ve since published a short story collection (From Here), but novels are surely different. How has your writing process evolved since The Tide King?

JM: I’m not sure. Since I wrote The Summer She Was Under Water before The Tide King, it’s easier for me to see how I evolved from Summer to The Tide King — for one thing, I felt more comfortable with taking on scope. The Tide King spans several hundred years over several countries; in Summer, the events take place over a long weekend. And the latter is sort of my default mode when writing: very domestic set pieces with limited time frames, almost like plays. After The Tide King, I became more comfortable taking more risks, writing about places and people with whom I didn’t have much in common, doing the research and trusting the conceit I’ve built around the characters. Letting the characters age, finding their arc.

I also have discovered that I enjoy writing novels more than short stories. Short stories are like a fling to me — a one-night stand. They feel good, but they are what they are. You’re not going to get married and have kids with them. Novels are more like long-term relationships, something you invest in, as a reader and writer. I don’t find myself reading or writing a lot of short fiction anymore, although I think they’re a good springboard to writing novels.

GTL: What do you think reader reactions to The Summer She Was Under Water will be?

JM: As someone who knows me, I’m sure you know I never take the easy way out! I don’t consciously plan to be controversial, or write about taboo subjects, but I always write about what interests me, or what I don’t understand, in an attempt to find out where other people are coming from. And I wanted to explore in The Summer She Was Under Water the roles into which we morph when the traditional family structure falls apart — not be judgmental, or to take a stand one way or another, but to just understand other people. Writers should always be putting themselves in other people’s shoes; I don’t see how you can grow as a writer (or a person) if you don’t. Even though the book takes place during the summer, it’s not a “beach” read. And people will probably really like it or not very much at all. But for me, if the reader has a strong reaction, even if it’s negative, I know I’ve done my job.

GTL: What was the hardest part of writing The Summer She Was Under Water?

JM: The sex scenes. When you read it, you’ll know what I mean!